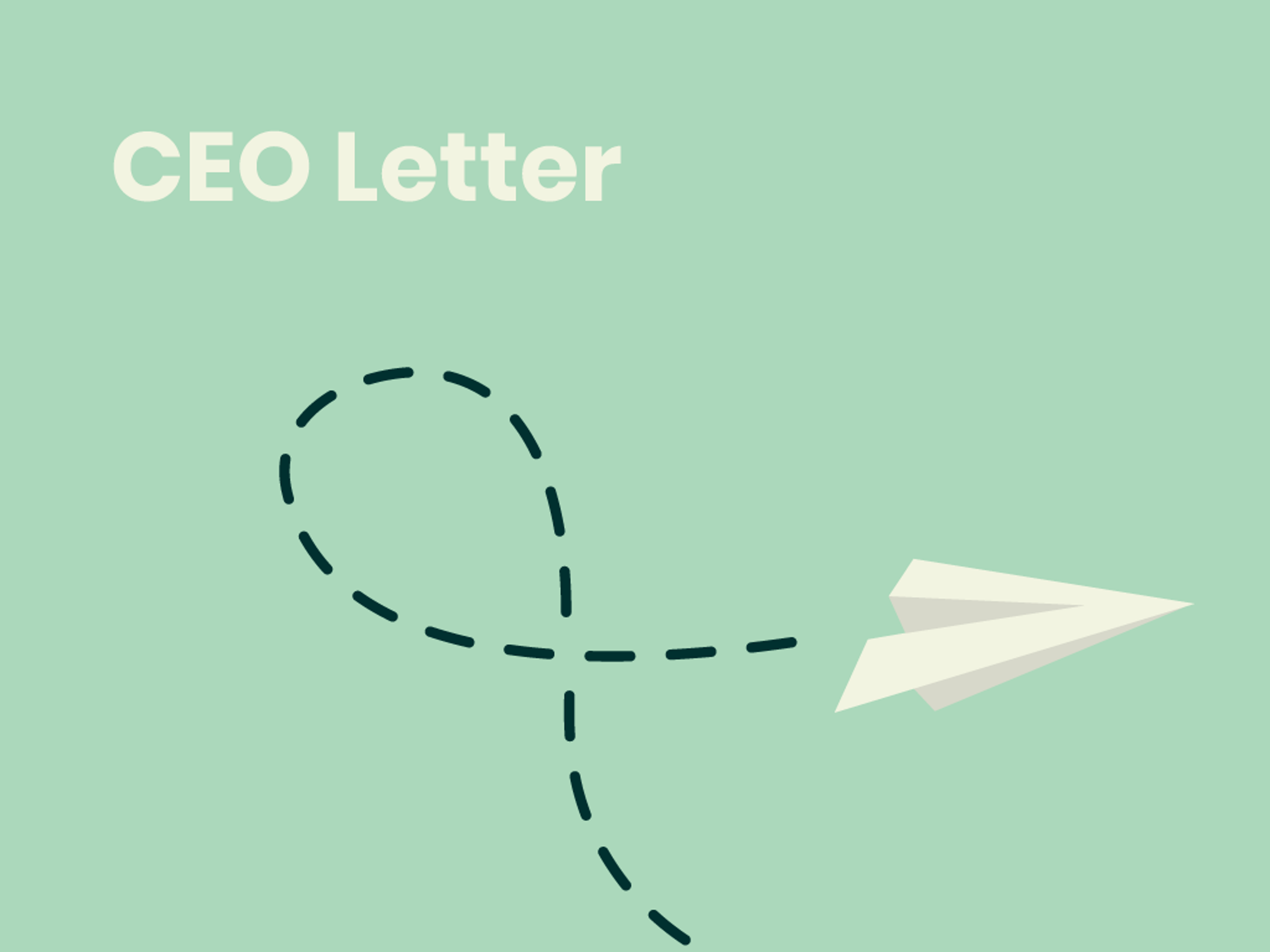 Can an investment strategy be based on macroeconomic forecasts? This question continues to be hotly debated in the world of professional management.

On the one hand there are the 'big' investors representing the so-called 'value' style (Howard Marks, Warren Buffett, to name but two of the best known), the answer is a definite no. Buffett's sarcastic quip on this subject cuts to the quick: “Forecasts may tell you a great deal about the forecaster; they tell you nothing about the future.”

On the other hand, there are the so-called 'macro' investors, including most fixed-income fund managers and asset allocators. The macros include macro hedge funds, that not only seek their returns on predicting rates, indices and exchange rates, but do so by leveraging prospective profits (and losses).

At Plenisfer, 'macro' is one of the five strategies we use to generate target returns (flanked by four others, more bottom-up and idiosyncratic approaches to investing). Our macro is based on the same positions as macro hedge funds, but with one key difference: we don’t leverage.

Plenisfer macro positions are based on solid, medium-term 'value' considerations (e.g. interest rates we judge to be too low for a given context) rather than short-term directional forecasts, where any presumption of competitive advantage is a pipe dream at best.

Macro has another, even greater significance for us. Interpreting the underlying economic and geopolitical picture takes its inevitable place in our strategic toolbox. In fact, we run an 'unconstrained' global strategy, one not adhering to set market benchmarks; one brushed in on a blank canvas, as it were.

For this type of management, we think that macroeconomic analysis is indispensable, because an analysis of long-term trends forms the backdrop for all portfolio choices, not just macro choices in the strict sense, but our stock picking activity as well.

Any successful investment strategy is closely linked to the ability to identify the so-called 'major inflection points' of long-term macro trends. These do not happen very often, sometimes only every two or three decades: today we think we are facing one of these.

What are the elements of this inflection point?

In part, we have already mentioned the elements in previous letters, involving the transition from:

3) secular abundance and low cost of raw materials and energy to emerging constraints driven by our transition to renewables;

4) three decades of efficiencies linked to the information technology revolution to a drop in productivity gains;

5) a geopolitical model characterized by a bipolar cold-war world, to a multipolar world with expanding ‘hot’ conflicts;

6) long-term decline in interest rates to their rise;

7) historic increases in the valuations of risk assets to their prospective decline (the US stock market was worth 0.5 x GDP in 1980, it is worth 2.7 x GDP today);

8) structural reduction of taxes on corporate profits to an era of huge and growing public debt, which we believe will be financed with higher taxes, including corporate taxes;

9) huge expansion of monetary supply by central banks (QE) especially following the Great Financial Crisis of 2008, to the reversal of these policies (QT).

Each of the above points is so broad that it would deserve a separate discussion, but this is not the place for it.

Suffice it to say that while some of these issues are still considered controversial, one thing is certain: many are intertwined. Clearly the trend of structurally rising inflation is linked to deglobalization, the increased scarcity of energy and raw materials, and the exhaustion of the productivity drive, not to mention other factors, such as the ‘greying’ of many developed countries, resulting in a shrinking working-age population. Finally, even those who do not agree with the Friedmanian thesis that inflation is “always and everywhere a monetary phenomenon”, can hardly deny that the impetuous growth of money supply post-2008 (QE) has been fuel for an inflationary fire that was already destined to ignite.

In short, there is no doubt that the coming decade will see a very different macro environment from that of the last two or three decades.

However, the point we want to stress is another.

The market situation over the past 40 years has been characterized by low to moderate inflation and interest rates, as well as steadily growing corporate profits. These factors have contributed to a largely favourable environment for investing in financial assets (in spite of burst bubbles like the dot-com in 1999 or sub-prime in 2007/8). This economic environment is what most professional and private investors have experienced personally.

We consider it our normal world, the ‘known known’ through nearly half a century. And we find it hard to imagine a different world in which the trends we grew up with won’t continue as before and just might, albeit gradually, switch direction, as investors are left holding the bag of “cognitive bias”.

That’s why many feel reassured when central bankers say that inflation is transitory, that interest rates must rise today, yes, only to fall tomorrow, and that they’re set to flood the markets with liquidity, when needed. It is reassuring when analysts claim that the coming era of scarcity (of raw materials, energy, labour) can be overcome by a new wave of innovation. Fund managers who’ve found success over the past 20 years tell us that some 'growth' stocks — in the tech industry first and foremost — have seen a sharp drop from their highs, sure, but now ‘value’ is beginning to emerge.

But what if we assume that the last 40 years is not the norm, but an anomaly, and that there has been a unique confluence of strong trends that have run out of steam? Batten down the hatches.

Interest rates can only fall from 14% to 0 once.

Forty years of opening up financial markets to emerging economies, resulting in deflation of labour and production costs, cannot happen again. On the contrary, those countries now compete with mature markets in all sectors, including high tech.

Decades of cheap raw materials, thanks to the opening up of the former Soviet countries' production to international markets, are falling by the wayside in a world divided into hostile geopolitical blocs.

Even assuming that we can somehow step back from our macroeconomic brink, we must begin to envisage investing in a different world than the one we have personally experienced for forty years.

People often look back to the 1970s as a simulacrum of the present scenario.  We are not entirely convinced. The historic conditions, the industrial structure, the role of economic actors (trade unions, companies, banks), international politics, were profoundly different from today’s setting. History never repeats itself, as Twain once quipped, but it often rhymes.

The 1970s can teach us one thing: inflation did not rise in a linear fashion throughout the decade but had three distinct peaks (in 1970, 1976 and 1980) before it was finally tamed by Volcker. And after the first two peaks, it halved in the following years before rising again.

What does this tell us? Imagine being an investor in those years, worried about rising inflation. The picture is so clear in hindsight, but less so as it’s unfolding. We would have seen price rises followed by rapid declines, first restrictive then accommodative monetary policies... That is, we would have had several abrupt false starts, just as is happening now.

We’ve concluded that setting the entire portfolio strategy on such a radical regime change is too risky. The long-term trend can have stops and starts in the short term, as we saw with the equity rally this summer.  We’re looking to balance the long-term segments in the portfolio with more short-term movements to avoid excess volatility.

Navigating this transition is just as important as foreseeing it.

There is no certainty about how long it will take or what form it will take. So we must rely on a few established investment principles to get us into the new regime with as few bumps along the way as possible. This means searching for value; analyzing the soundness of the business models; and not forgoing the contrarian view.

Armed with these principles, let’s explore some working hypotheses (to be verified from time to time and treated as such in the invested portfolios). These include:

1) Each regime change is accompanied by a change in the long-term leadership in equity-market sectors: going forward, we see more stock picking opportunities in value than in growth; in Europe and Emerging Markets more than in the US; in small and mid-caps rather than large caps.

2) In the first phase of adjustment, corporate bond yields will become competitive with equity yields within the capital structure.

3) The transition to a new macro regime intersects and interacts with sector-specific capital accumulation/decumulation phases (e.g. scarcity of capital and consequent growth in traditional energy or commodities; abundance of capital and decline in expected returns in certain tech sectors such as the cloud).

4) The transition phase will also be linked to some choppiness in the currency markets, where the strength of the dollar (stemming from risk aversion related to the pandemic and Russian aggression) will gradually decrease. We’ll be considering currencies that are less prone to depreciation as a result of inflation and/or reserves of effective value in real terms (precious metals).

5) A thinning of overall liquidity conditions will mean our having to avoid those areas that have benefited most from the abundance of liquidity in recent years, such as certain questionable IPOs or SPACs, unprofitable businesses, etc.

To navigate this transition in addition to practicing established investment principles, it’s clear that relying on (beta) market trends will no longer suffice. Neither will building portfolios with a passive approach, or following the rules and silos of traditional asset allocation. It will take truly active management. There will be no shortage of bumps along the way: but having a clear direction and objective, we can promptly adjust the course, having the right flexibility to do so.